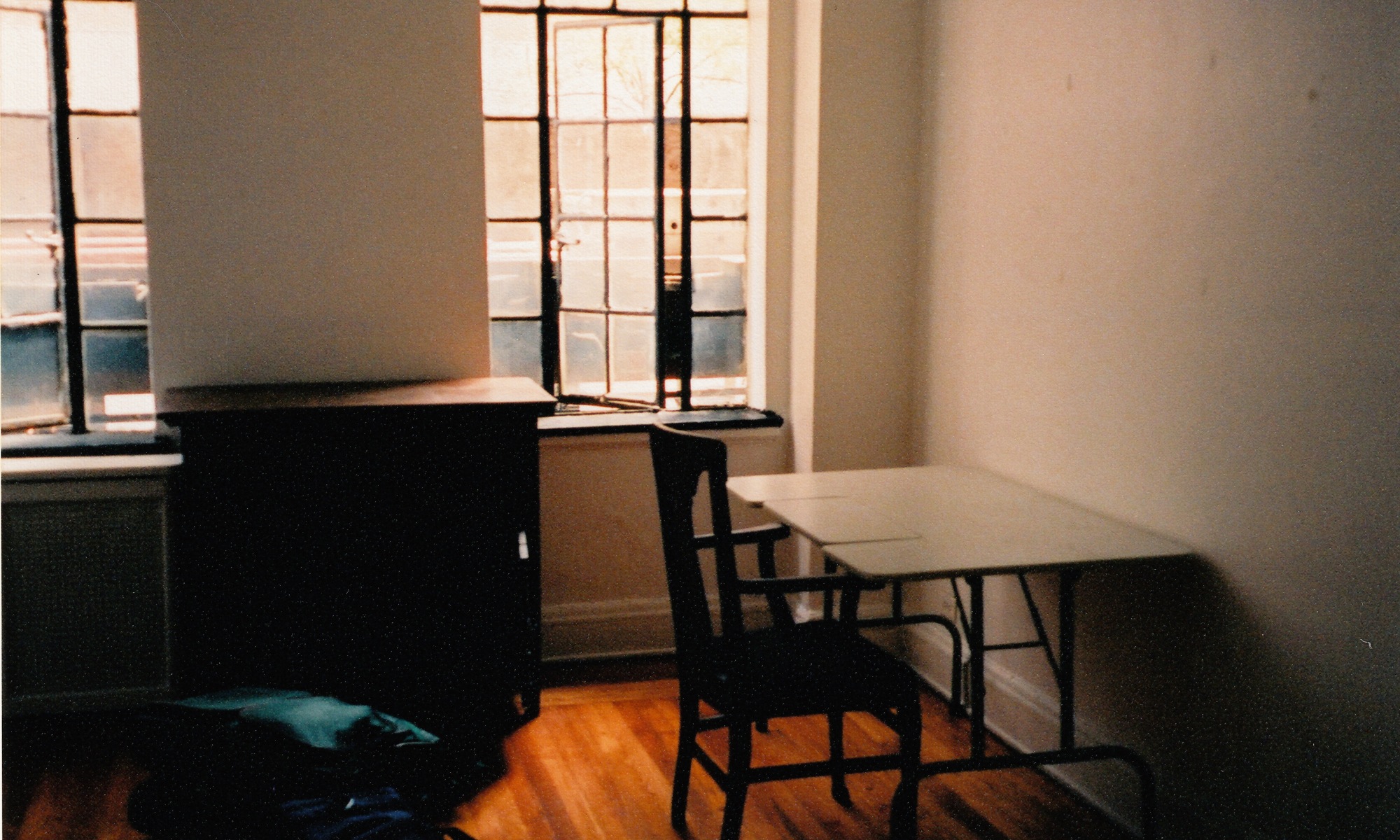 New York was always a fairy tale for me. Growing up in the Midwest, there’s always a lot of talk about “getting out” and “going to the city” (this is back before Detroit was cool again). And some made it–they went to Chicago, or Minneapolis, or Grand Rapids, which was somehow always included in that list. But the real dream was to live the movie life, to go to New York City, to live among the gleaming towers of Manhattan, to walk the city streets with a slice of pizza in one hand and the key to the city in the other.

I came to New York to live in the summer of 2003, and it was still like a fairy tale. After a chance encounter at a remote mountaintop observatory in Arizona, I suddenly had a research fellowship at the American Museum of Natural History. Trying to find an apartment from hundreds of miles away, the best I could do was to get an appointment with a landlord for a couple days after I arrived in the city. Fortunately, my advisor, that chance encounter turned invaluable friend, offered an air mattress on her floor until I could find my own place. I knew I couldn’t afford to keep a car in the city, so I planned to drop it off at my father’s house in upstate New York and take the train down.

Thus the stage was set for a beautiful June day. With just a large duffel bag full of clothes and a laptop, I rode down the Hudson Valley on a train while the morning sun began to light up the riverbank opposite me. I arrived, as I convinced myself one must always arrive, at Grand Central Terminal. Stepping off the platform, I followed the soaring architecture up to the painted star map on the ceiling. Here I was, living the dream, in New York City, welcomed by the stars I came to study.

In the time before smart phones were ubiquitous, getting around presented itself a bit of a challenge. It took some trial and error, but I finally made it to my advisor’s apartment on Astor Place. She was delayed a few days returning from a trip as well, so I was on my own. Compared to Houghton, MI, it was bright even with the shades drawn, and loud even with music playing. But none of that mattered, and I hardly slept.

The next day presented a new navigation challenge. I was in the Village, and the Museum  is on the Upper West Side…and I’d never ridden the subway before. Or any kind of subway, for that matter. There was a station near the apartment, so how bad could it be? I had plenty of time to get to the Museum by 9am for the orientation.

I finally made it to the Museum at about 11:30am, having taken several wrong trains and completely misunderstood the difference between express and local trains. Twice. When I finally did stumble into the orientation room, the head of the research program there exclaimed, “you made it!” and gave me a hug. Then we all went out to lunch, so at least I got there in time for the food. Later that day, I met the head of the department, Neil deGrasse Tyson, and we talked for ages in his office about the Museum’s role in the city (this was back before NDT was cool–ok, ok, he was definitely cool then, but not as widely known outside of NYC).

The next day was the appointment with the landlord. In the research available online, I’d reached out to this landlord because he had a studio apartment on the Lower East Side available for $1,200 a month, by far the cheapest accommodation I could find. The landlord asked me to meet his agent at the apartment, somewhere on Clinton Street. I found it (opting to simply walk from Astor Place rather than risk the subway again), and was a bit perturbed by having to step over someone sleeping in the doorway to get inside the building. The studio was a 5th floor walkup, it was dark even though it was mid-day, and it was pretty far from the nearest subway that would get me to the Museum. But it was still the cheapest, so I was determined to have it.

To sign the lease, I had to go to the actual landlord’s office, in another building he owned that was just around the corner from where I’d been staying at my advisor’s apartment. (By this point, she had returned, and we went out dancing and to her favorite dessert spots in the neighborhood every night.) The landlord was polite, but distant, and as we talked about where I was coming from and what I was doing there, he seemed to be sizing me up. As the conversation continued, it turned to our Italian families, and by coincidence our two families come from the same town in Italy. Suddenly, his entire demeanor shifted. That place I’d looked at, he said, was old and too far away. He had a studio right in the building we were sitting in, and he’d happily drop the price from $1,600 to $1,200 because that’s what I was prepared to pay. He’d even throw in some furniture, which in my excitement I’d completely forgotten to take into consideration.

It wasn’t much; a one-room apartment where the single closet and the bathroom were roughly the same size. The kitchen consisted of a small sink in the corner, sitting over a dorm-size refrigerator, with a hot plate plugged into the wall. There were two tall, leaded-glass windows that let in the morning sunlight. The furnishings included a futon bed, a dresser with three drawers, and a simple folding desk and chair. It was all so much more than I needed, and I loved it dearly. It was my home in the city. In this city. In the only city. To me, then, and even still now, the very address teemed with magic: 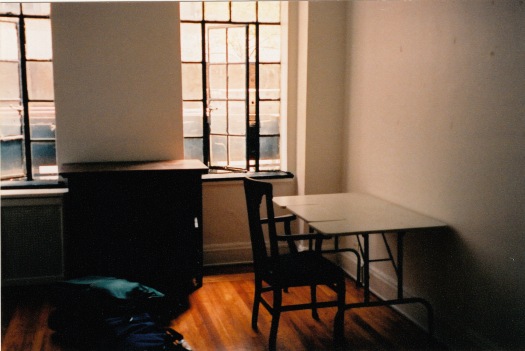